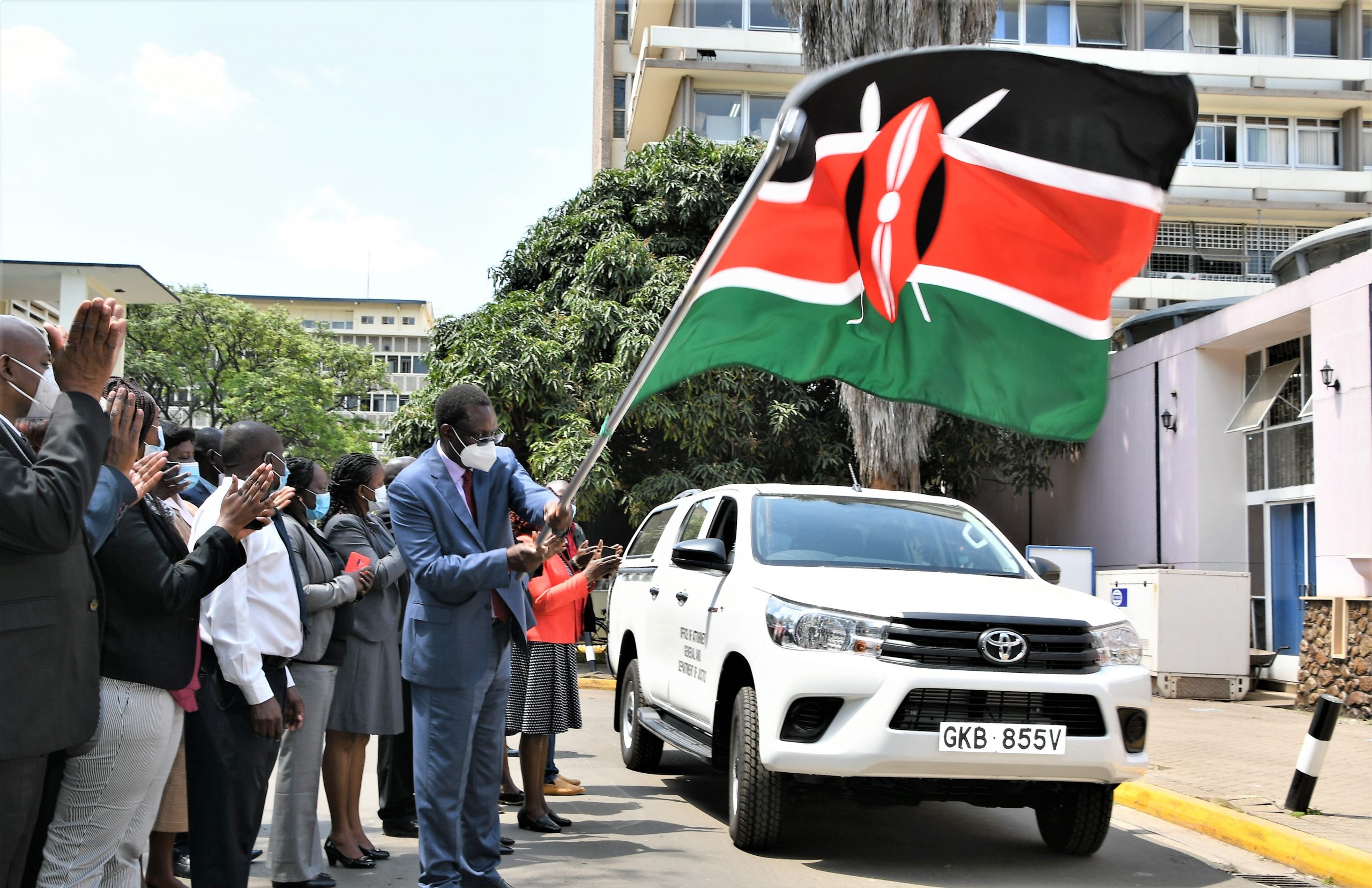 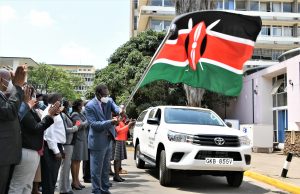 The Solicitor-General, Mr.Kennedy Ogeto flags off and commissions 16 New Vehicles and 60 units of computer equipment for the Office of the Attorney General and Department of Justice’s 12 regional offices at Sheria House Nairobi on Tuesday the 1st of September 2020

The Office of the Attorney General and Department of Justice has acquired 16 new Vehicles, 60 units of desktop computers and several laptops that are to facilitate their operations in their 12 regional offices in the country.

Speaking today during the flagging off ceremony at Sheria house in Nairobi, The Solicitor General, Mr. Kennedy Ogeto said that the equipment will enhance service delivery and efficiency to Kenyan public stating that the State Counsel across the country have been faced with various challenges in exercising their duties.

“I need to emphasize the difficulties and challenges that this office has faced in the past on account of inadequate facilitation. Other than the challenges occasioned by the lack of office equipment’s such as computers and printers, state counsel across the regions has face logistical challenges on court attendance”. He stated.

Mr Kennedy thanked the Government for providing the equipment’s saying that it is clear by doing so they were ensuring that public service is not hampered despite the hardships brought upon by the Covid 19 pandemic.

In a statement the Solicitor General narrated that the office receives more than three thousand cases every year filed against the government.

‘As the Governments principal lawyer, we are tasked with a great burden – one that needs considerable resources to undertake. With as high as three thousand cases filed against the Government every year, Inadequate equipment has been posing a serious threat to our efficiency and effectiveness.

The Solicitor General added that a task force on pending bills indicates that the total legal bills owed by Ministries, Departments and Agencies runs  into billions of shillings  something that would have been avoided or minimized if only the required resources for the legal offices were available.

“Some of these cases would have been successfully defended and these bills minimized, our assurance must be that with these vehicles and equipment’s , we will be able to perform better.” He reiterated.

AG Weighs in on Mass Failure of School of Law Students
August 25, 2020

Dear Clients, As we play our part in minimizing the spread of the COVID-19.
We will require that you observe all the guidelines provided by the Ministry of Health in order to receive service.